MDGA22 Informational Only Testimony on HB482 Firearms – Right to Purchase, Own, Possess, and Carry – Medical Cannabis

ℹ️ HB482 Firearms – Right to Purchase, Own, Possess, and Carry – Medical Cannabis
Delegate Grammer
MSI is providing Informational Only Testimony on this bill.
Hearing scheduled for 3/9 at 1pm
Signup to testify between 3/7 between 8am and 3pm with your MyMGA Account
For more on how to testify and signup, read our guide. 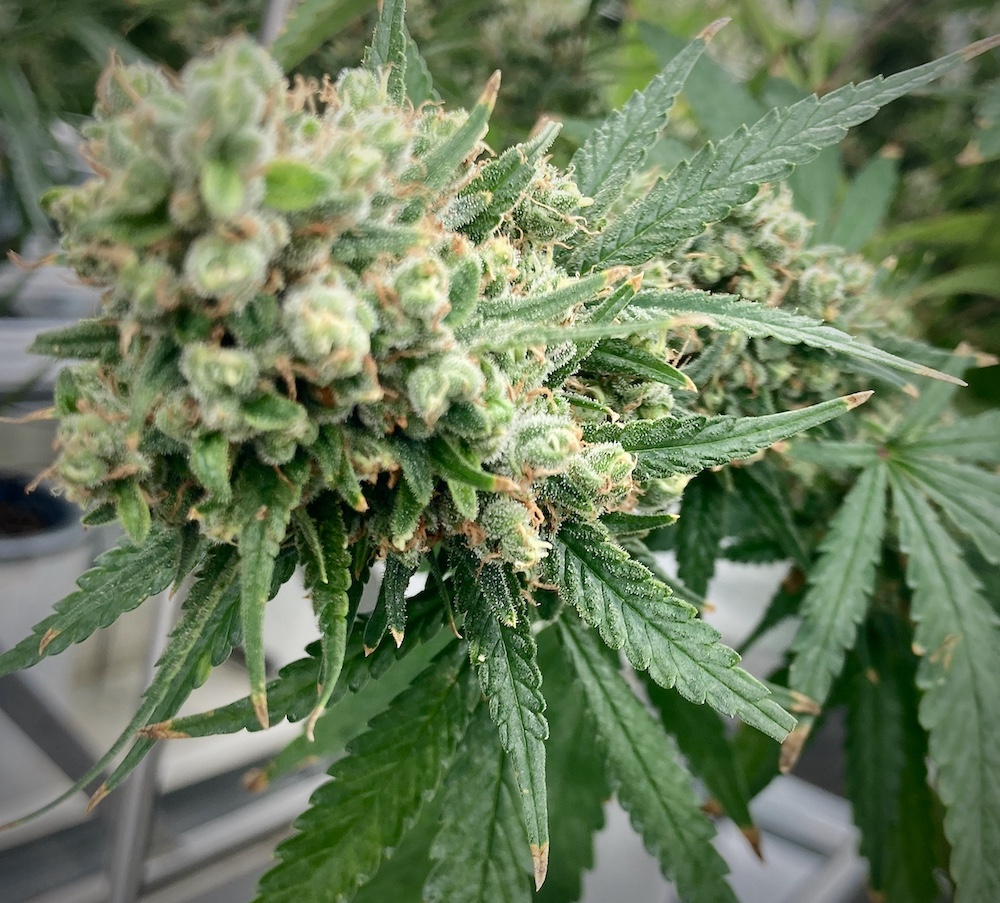 The Bill: House Bill 482 adds a new subtitle 7 to the Public Safety Article relating to persons who are authorized to use medical cannabis under title 13, subtitle 33 of the Health – General Article of Maryland law. The bill provides that a State Agency may not access a State database relating to medical marijuana patients for the purpose of approving or disapproving such person’s application for a wear and carry permit, or for other purposes relating to the purchase, ownership, possession or carrying of a firearm. More generally, the bill provides that “IT IS THE INTENT OF THE GENERAL ASSEMBLY THAT MEDICAL CANNABIS SHOULD BE TREATED AS LEGAL FOR PURPOSES OF STATE LAW AND THAT THE STATE SHOULD NOT PENALIZE A QUALIFYING PATIENT FOR USING THE DRUG LEGALLY. Like similar bills in the past, MSI takes no position with respect to the merits of these bills. However, as before, we do wish to point out some legal realities for purposes of informing the debate on these bills. A similar bill, SB 286, recently and unanimously passed the Senate. MSI likewise provided “information only” testimony on SB 286, making clear that the legal issues, identified below, also fully apply to SB 286.

Legal Issues: With the recent changes in Maryland law concerning medical marijuana, see MD Code, Health - General, § 13-3304 et seq., and the push to legalize the use of marijuana in Maryland, a recurring issue is how such marijuana use would affect Second Amendment rights. The short answer is that such use effectively abrogates those rights by (1) barring a Federal Firearms Licensee (“FFL”) from selling a firearm to such a user and (2), by making such a user a prohibited person under federal law.

The ATF has issued a bulletin to all Federal Firearms Licensees that advises FFLs that “if you are aware that the potential transferee is in possession of a card authorizing the possession and use of marijuana under State law, then you have ‘reasonable cause to believe’ that the person is an unlawful user of a controlled substance.” See Open Letter to All Federal Firearms Licensees, Sept. 21, 2011, available at www.atf.gov/file/60211/download. That means that the FFL (or any other person with such knowledge) is prohibited from selling a firearm to such a person with a medical marijuana card. This ATF prohibition has been sustained in federal court. Wilson v. Lynch, 835 F.3d 1083, 1093 (9th Cir. 2016), cert. denied, 137 S.Ct. 1396 (2017).

Moreover, the latest version of Federal Form 4473 (attached hereto in relevant part) continues to expressly ask if the purchaser is “an unlawful user of . . . any controlled substance” and states in bold type: “Warning: The use or possession of marijuana remains unlawful under Federal law regardless of whether it has been legalized or decriminalized for medicinal or recreational purposes in the state where you reside.” A false statement or answer on Form 4473 is federal felony under 18 U.S.C. § 922(a)(6) (barring material misrepresentations “in connection with the acquisition” of a firearm). See Abramski v. United States, 134 S.Ct. 2259 (2014). A violation of Section 922(a)(6) is punishable by up to 10 years in prison. See 18 U.S.C. § 924(a)(2).

(g) It shall be unlawful for any person--

(3) who is an unlawful user of or addicted to any controlled substance (as defined in section 102 of the Controlled Substances Act (21 U.S.C. 802)); to ship or transport in interstate or foreign commerce, or possess in or affecting commerce, any firearm or ammunition; or to receive any firearm or ammunition which has been shipped or transported in interstate or foreign commerce.” (Emphasis added).

A violation of Section 922(d)(3) or Section 922(g)(3) is a federal felony, punishable with up to 10 years in prison. See 18 U.S.C. § 924(a)(2). Both of these provisions define the term “unlawful user” by reference to the Controlled Substances Act, a federal law. Marijuana is expressly classified as a Schedule I controlled substance under the Controlled Substances Act, 21 U.S.C. § 812(c). See also ATF regulations 27 C.F.R. § 478.11. Any use of marijuana makes a person an “unlawful user” under that federal law. Period. Under the Supremacy Clause of the Constitution, Article VI, Clause 2, the federal law provisions cannot be abrogated by State law. And they cannot be simply ignored, if only because every purchaser of a firearm from a FFL must fill out ATF Form 4473. As noted above, a false statement in filling out that form is a felony.

These realities imposed by federal law are noted by the Maryland Medical Cannabis Commission. In its FAQ on its website, the Commission states:

Federal law bars medical cannabis patients from purchasing or possessing firearms. The Federal Gun Control Act, 18 U.S.C. § 922(g)(3), prohibits any person who is an ‘unlawful user of or addicted to any controlled substance (as defined in section 102 of the Controlled Substances Act (21 U.S.C. 802)’ from shipping, transporting, receiving or possessing firearms or ammunition. Marijuana is listed in the Controlled Substances Act as a Schedule I controlled substance, and there are no exceptions in Federal law for marijuana purportedly used for medicinal purposes, even if such use is sanctioned by State law.

Moreover, in United States v. Parker, 2021 WL 211304 at *12 (D. Md. Jan. 21, 2021), the Maryland federal district court held that “notwithstanding Maryland's decriminalization of possession of small quantities of marijuana, federal law continues to render it illegal to possess marijuana.” The Parker court thus opined that the odor of marijuana was sufficient probable cause or articulable suspicion to support a search of a person. This line of federal cases make clear that a medical marijuana user continues to face the risk of a search and possible arrest even though possession of medical marijuana may be perfectly legal under State law. Federal courts are not bound by State court decisions. See also United States v. Castillo Palacio, 427 F. Supp. 3d 662, 672 (D. Md. 2019) (upholding vehicle search based on odor of marijuana, despite the fact that personal possession of a small quantity is a civil offense in Maryland, because possession of marijuana is still a federal crime). Any firearm discovered during an otherwise lawful search may be used as evidence supporting a charge that medical marijuana user violated federal firearms law.

The Rohrabacher–Blumenauer Amendment: It is important to note that for years Congress has adopted an appropriations rider that prohibits the Department of Justice from spending funds to “prevent” the “implementation” of State medical marijuana laws. See, e.g., Consolidated Appropriations Act, 2016, Pub. L. No. 114-113, § 542, 129 Stat. 2242, 2332-33 (2015) (also known as the Rohrabacher–Blumenauer amendment). See McIntosh v. United States, 833 F.3d 1163 (9th Cir. 2016). That amendment has been continuously reenacted since then as an appropriations rider. The amendment has been recently renewed and was effective until February 18, 2022, with the enactment of a stopgap funding bill in December of 2021 by Congress. The amendment was further extended in a stopgap funding measure enacted on February 18, 2022, and then reextended as part of a bill that extended federal funding through March 11, 2022. As it is only an appropriation provision that prohibits the expenditure of the appropriated funds for these enforcement purposes, the amendment must be continually renewed to remain effective. The underlying conduct (possession of marijuana) remains a federal crime.

However, the enforcement bar imposed the Rohrabacher–Blumenauer amendment only extends to the expenditure of funds for prosecutions that “prevent” the “implementation” of medical marijuana laws. See United States v. Nixon, 839 F.3d 885 (9th Cir. 2016) (holding that the appropriations rider does not impact the ability of a federal district court to restrict a defendant’s use of medical marijuana as a condition of probation). It does not address enforcement of federal gun laws, such as 18 U.S.C. §922, or ATF regulation of FFLs. See United States v. Bellamy, 682 Fed. Appx. 447 (6th Cir. 2017) (sustaining a felon-in-possession conviction under 18 U.S.C. § 922(g)(3) for possession of a gun while being a user of medical marijuana); Parker, 2021 W. 211304 at *13 (in a unlawful possession of a firearms case, court sustained a search and resulting seizure of a firearm based on the odor of marijuana); Kenneth Seligson, A Job for Congress: Medical Marijuana Patients' Fight for Second Amendment Rights, 48 Golden Gate U. L. Rev. 63, 77 (2018) (“[U]ntil medical marijuana patients are deemed law-abiding under federal law, or an exception is created, their Second Amendment challenges will always fail. Because the courts cannot provide an appropriate remedy due to the Supremacy Clause, Congress or the executive branch are the proper institutions to protect medical marijuana patients’ Second Amendment rights.”).

Enforcement of such federal gun laws does not “prevent” the “implementation” of medical marijuana laws; it simply means that medical marijuana users may not possess or purchase firearms. See McIntosh, 833 F.3d at 1178 (the rider “prohibits the federal government only from preventing the implementation of those specific rules of state law that authorize the use, distribution, possession, or cultivation of medical marijuana”). Congress could restore funding tomorrow (or the appropriation rider could lapse) and the government could then prosecute individuals who committed offenses while the government lacked funding. See McIntosh, 833 F.3d at 1179 n.5. The federal government can prosecute such offenses for up to five years after they occur. See 18 U.S.C. § 3282. This bill does not and cannot protect a medical marijuana user from such outcomes.

The question the Committee should ask itself is whether passage of this bill might mislead medical marijuana users into thinking that they may use and possess medical marijuana without any fear of a search or fear of losing their gun rights. Under federal law, that is not an assurance that the State is in a position to accord. For example, on a practical level, this bill, if enacted into law, could easily fool someone into expending time and resources to acquire a handgun qualification license (“HQL”) from the State Police only to find that all that time and money was wasted when the dealer refuses to complete the sale because the person cannot honestly complete ATF Form 4473. That has actually happened. The HQL would be useless to such a person, regardless of the changes that would be made to Maryland law under this bill.