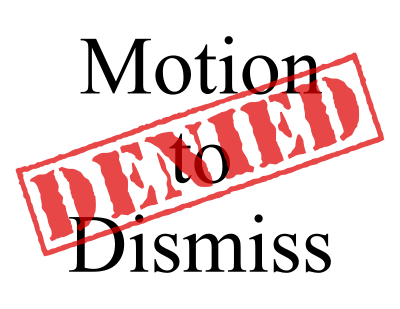 HQL Lawsuit - Victory Against the Motion to Dismiss!

On September 6, 2017, Federal District Judge Garbis swept away the State's arguments and denied, in all important respects, the State's motion to dismiss.  You can read the full decision here.

The Court first sustained the "standing" of MSI and the other plaintiffs to bring this suit.  The Court then held that the plaintiffs had stated fully sufficient claims that the HQL statute and the implementing State Police regulations violated the Second Amendment.  The Court ruled as well that the complaint sufficiently stated a claim in alleging that the prohibitions on receiving or the receipt of a handgun without an HQL were void for vagueness under the Due Process Clause.  Finally, the Court also held that the complaint stated a sufficient claim that the State Police regulations were "ultra vires" as in excess of statutory authority.   These rulings were an important first step in the suit.  From here, the parties will move into the discovery phase of the litigation, which promises to be both expensive and very interesting.  So stay tuned and please keep those contributions coming!

Module Version <> CBSubs version.
Click here to become a member of MSI or to donate.

Maryland Shall Issue has joined the AGC!

MSI is now an AGC club!

Maryland Shall Issue, inc. is proud to announce that it has formally joined the Associated Gun Clubs of Baltimore (AGC) as an Associated Club. Therefore, anyone who is a current member of MSI in good standing is eligible to purchase an AGC range badge upon completion of a range safety orientation. This is an important benefit for members as the AGC range is one of the finest shooting facilities on the East Coast.

In this case, the appellant, Holmes Whalen, was denied a carry permit by the Maryland State Police and that denial was sustained by the Handgun Permit Review Board.  Mr. Whalen challenged that denial in circuit court, contending Maryland's "good and substantial reason" requirement for a carry permit was unconstitutional and that prior Maryland precedent have been superseded by subsequent Supreme Court holdings.

RT @CamEdwards: In which a college student does a better job of accurately describing Lobby Day than columnists from the New York Times and…

RT @ATFBaltimore: After ATF & @BaltCoPolice investigation, Byron Goines gets 7+ years for stealing 6 firearms from a Maryland gun store. He…

RT @2ashrink: This makes the point it's not the gun it's the mindset and disposition of it's owner. The crowd was peaceful. The government…