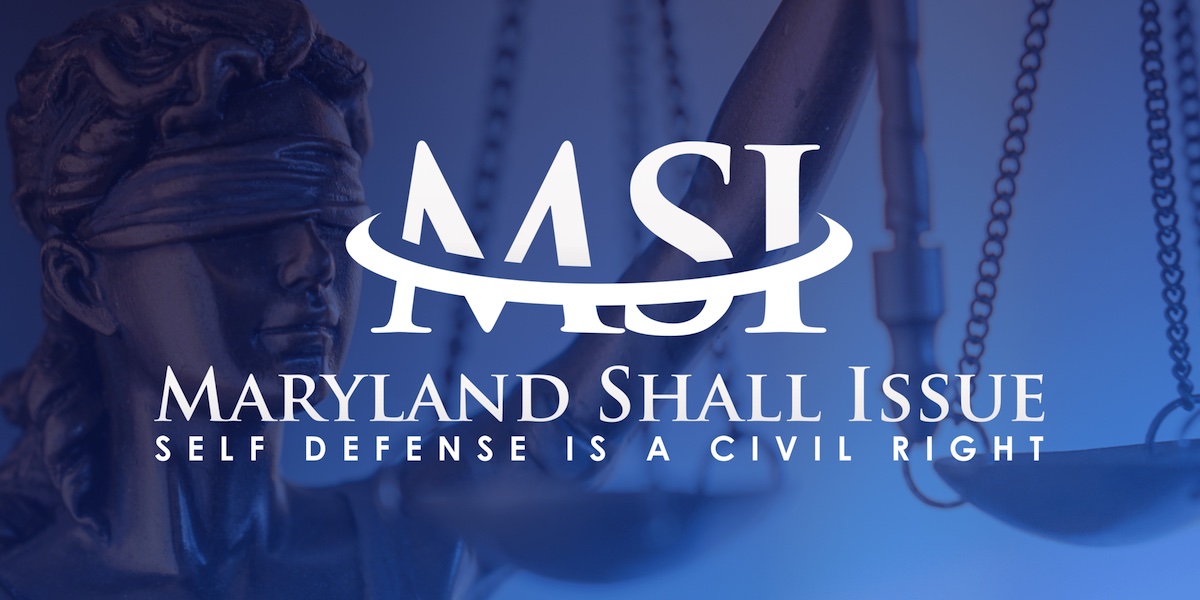 “Over the course of my administration, I have consistently supported the right of law-abiding citizens to own and carry firearms, while enacting responsible and common sense measures to keep guns out of the hands of criminals and the mentally ill.

“Last month, the U.S. Supreme Court struck down a provision in New York law pertaining to handgun permitting that is virtually indistinguishable from Maryland law. In light of the ruling and to ensure compliance with the Constitution, I am directing the Maryland State Police to immediately suspend utilization of the ‘good and substantial reason’ standard when reviewing applications for Wear and Carry Permits. It would be unconstitutional to continue enforcing this provision in state law. There is no impact on other permitting requirements and protocols.

“Today’s action is in line with actions taken by other states in response to the recent ruling.”

In response, the Maryland State Police provided this advisory:

The Maryland State Police Licensing Division is in the process of updating the Licensing Portal to reflect these changes. Until these updates are complete, applicants submitting a Wear and Carry Permit application are directed to select “Personal Protection / Category Not Listed Above” as their “Handgun Permit Category”. Applicants are not required to attach documents to the “PERSONAL PROTECTION DOCUMENTATION” section on the “Upload Documents” page of the Wear and Carry Permit application.

We welcome the Governor's order and the decision to comply with the Supreme Court's decision in Bruen. For the first time in decades, ordinary responsible, law-abiding citizens in Maryland will have their Second Amendment right for self-defense outside the home respected. We stress that permit holders, nationwide, are the most law-abiding persons there are, with crime rates far below that of commissioned police officers. The Second Amendment is not a threat to the public. It protects the right of self-defense and that protection is fully consistent with public safety.

For everything on how to apply for a Maryland Wear and Carry permit, check out our in-depth guide HERE.

We are pleased and gratified that Maryland's "good and substantial reason" requirement will no longer be enforced. MSI has pushed for that result for as long as it has existed and the Supreme Court has now confirmed that carry outside the home by responsible, law-abiding citizens is a fundamental constitutional right. At last, Marylanders will be treated like people in other "shall issue" jurisdictions, like the residents of 43 other States and the District of Columbia.

Of course, Maryland still has a litany of other laws and restrictions hostile to the Second Amendment. Our suit against Maryland's Handgun Qualification License requirement will continue in the Fourth Circuit, where briefing is now underway after the decision in Bruen.The challenge to Maryland's so-called assault weapons ban was remanded for further proceedings by the Supreme Court after the decision in Bruen, as were challenges to New Jersey's and California's bans on so-called "large-capacity magazines." Those suits have been reinvigorated by the Court's analysis of the Second Amendment. Future legislation will now have to pass muster under Bruen.

Some members of the Maryland General Assembly have met the Governor's announcement with disdain and the Speaker of the House and President of the Senate have both pledged to pass new laws when the legislature meets next session. Doubtless, some members of the General Assembly will attempt to make the exercise of the right to keep and bear arms as difficult and burdensome as possible. Some gun control groups are already calling for as much. MSI needs your support and, when session begins, your testimony. We cannot do this alone. Please don't be a free-rider. If you are already a member, thank you, and tell a friend about MSI.