On January 14, the Supreme Court ordered the Maryland Attorney General to file a response to the petition for certiorari filed by plaintiffs in Bianchi v. Frosh, No. 21-901. In that case, plaintiffs are challenging Maryland's "assault weapon" ban as unconstitutional. 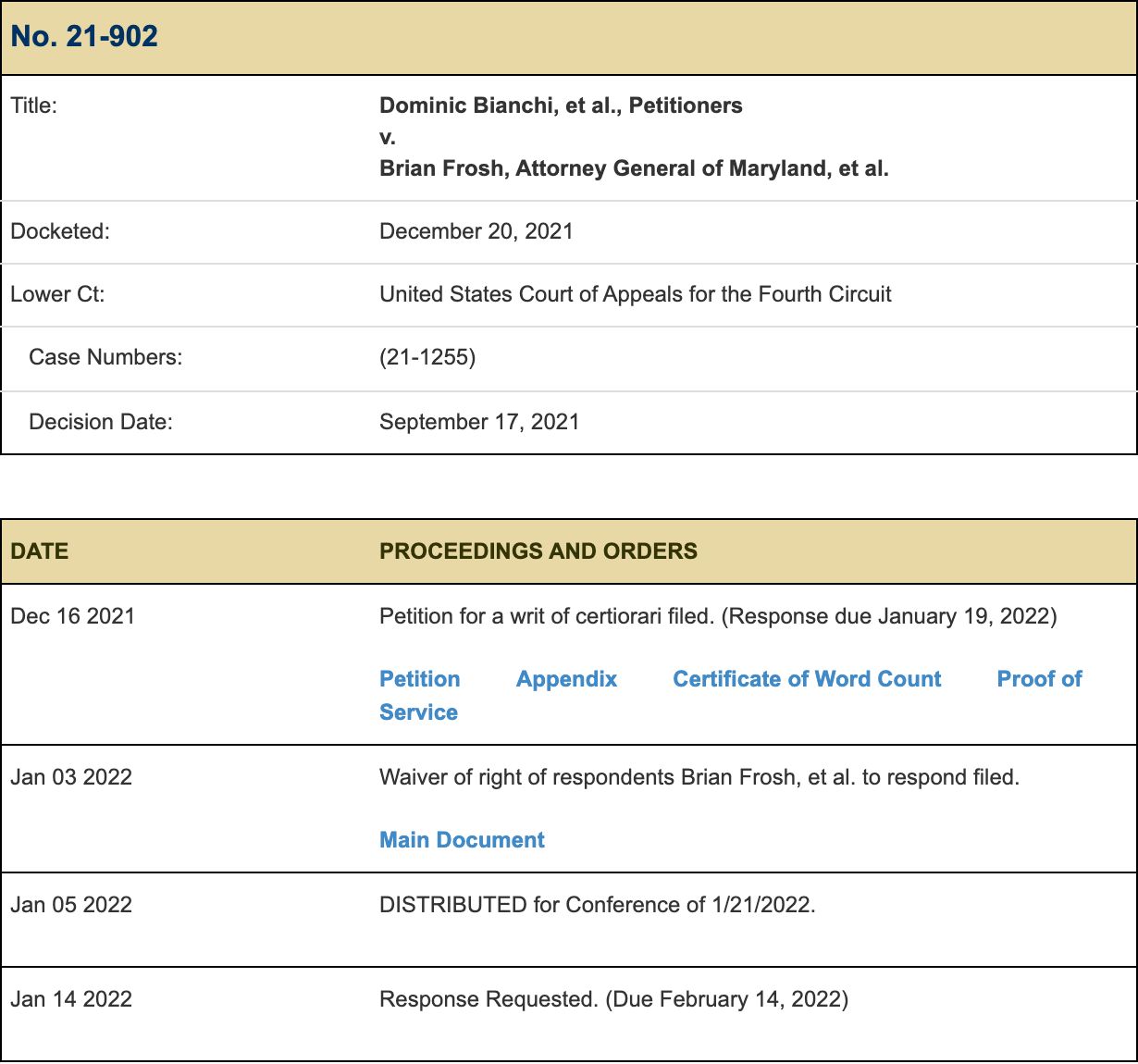 That order means, at the minimum, that at least one Justice on the Court wants a response. It also likely means that the Court will hold this petition pending a decision in NYSRPA v. Bruen, No. 20-843, in which the Supreme Court is considering the constitutionality of New York's "good cause" requirement for carry permits. Holding Bianchi would be consistent with the hold that the Court has apparently placed on the petition filed in the New Jersey "large-capacity magazine" case, ANJRPC v. Bruck, No. 20-1507. The petition in that case has been pending in the Supreme Court since April of 2021. All of this is good news. A decision in Bruen this Spring may mean that the Court will thereafter vacate the lower court decisions in both Bianchi and ANJRPC and remand for further consideration in light of Bruen. At least, we hope that is the outcome.