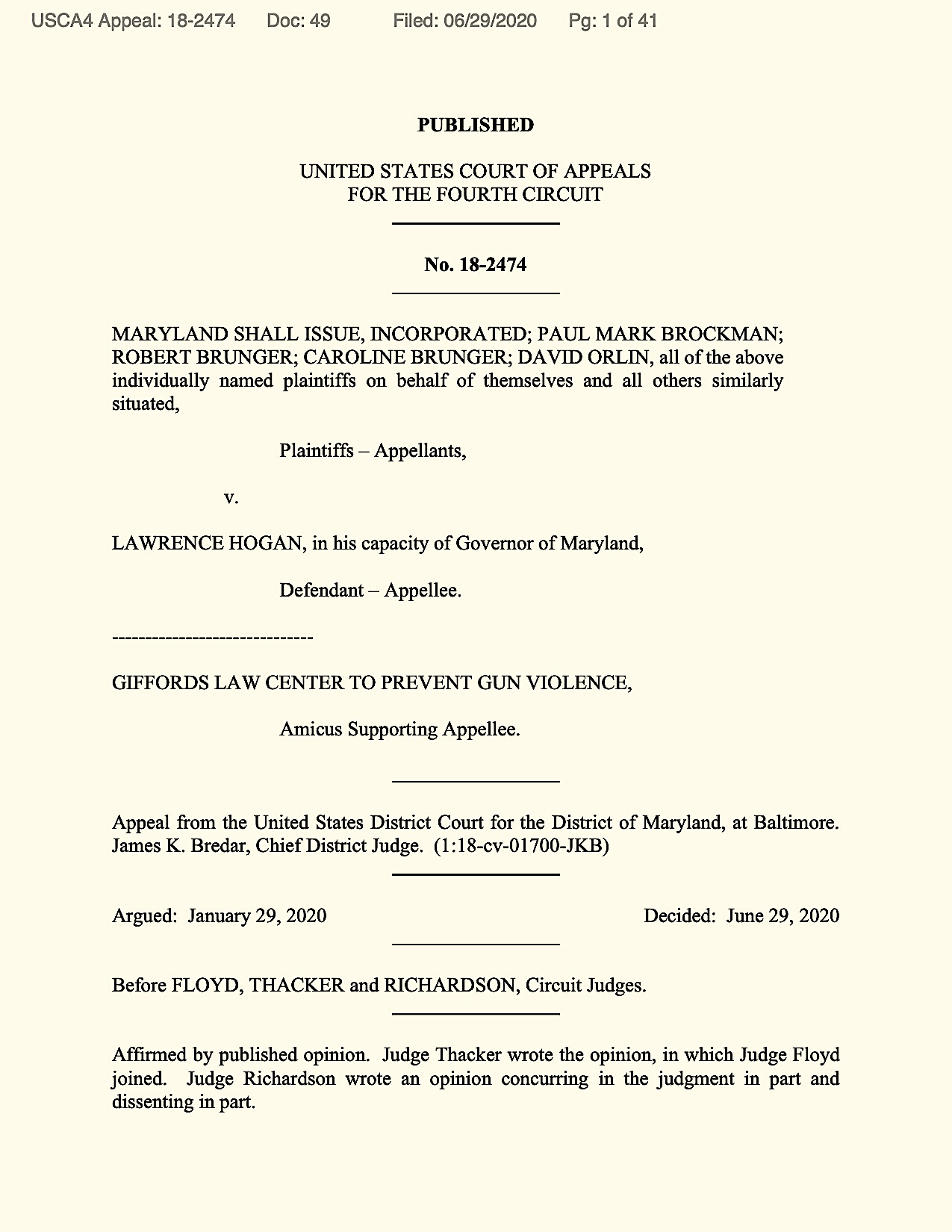 In a sharply split, 2-1 decision, a panel of the United States Court of Appeals for the Fourth Circuit has held that Maryland may ban the possession of "Rapid Fire Trigger Activators" by existing owners without paying just compensation under Fifth Amendment or the Maryland Constitution.  The majority ruled that no just compensation was owed to existing, lawful owners because the ban “does not require owners of rapid fire trigger activators to turn them over to the Government or to a third party.”  In short, as far as this majority is concerned, the State is free to ban the possession of any personal property without paying just compensation unless the State puts the property into its own pocket or the pocket of a third party.  If that is the law, then no personal property, of any kind, is safe from the grasping clutches of the General Assembly.  For example, the State could ban possession of your existing car and not pay a dime.  The dissenting opinion ably demolishes the majority's reasoning.  Needless to say, we will be seeking further review.

You can read the ruling HERE.  Stay tuned.

Maryland Shall Issue will continue to fight for the interests and rights of its members and the public, but to do so requires resources and your help. Consider joining or donating to MSI.